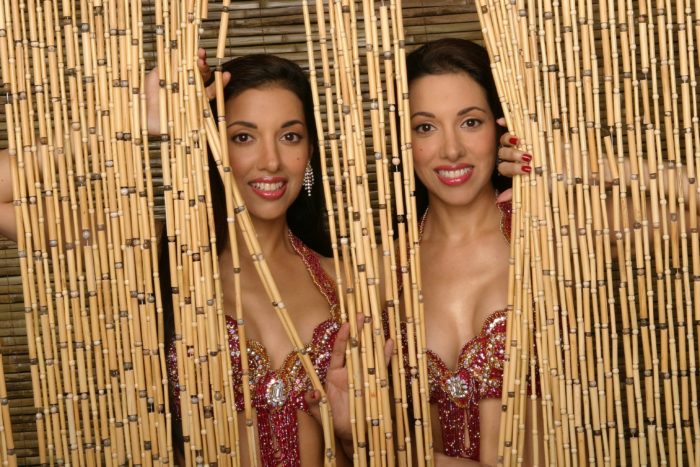 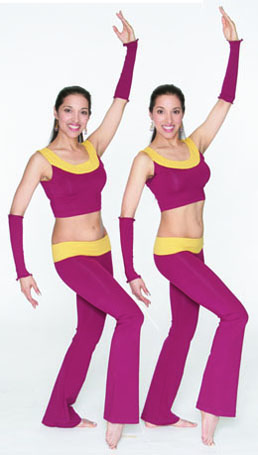 Childhood: Riches to Rags: We were born in Northern California in a beautiful home on a ranch. Our dad was a farmer, and mom had only been in this country for a few years, so she was still adjusting to the American way of life.

When we were only about 5 years old, our mom was sadly diagnosed with severe RA (rheumatoid arthritis). She was still in her 20’s at that time. Her symptoms came on so suddenly. Because of the numerous surgeries, and no health insurance, our family went from upper-middle class to below poverty level practically overnight. We were living on second-hand clothes and food stamps.

Throughout our childhood, we were also taking care of our bedridden mom. Life was very tough, but the many challenges taught us many things about life: the value of the dollar and the value of health. Since our mom’s diagnosis, we would do various research on a healthy life style – including Chinese and ayurvedic herbs, vitamins, acupuncture, and of course, exercise.

Prevention is the best cure by eating right and exercise. However, it is never too late (or too early) to take care of yourself, no matter what condition your body is in or what limitations. We also know that it is a struggle for many people to exercise, because they get caught up in their everyday things in life. So, our goal was to make it fun for everyone. It was always a part of our culture to dance socially at family gatherings. We all had so much fun – and yet, many of us would come off the dance floor smiling and sweating! “This is such great exercise!” my cousins would say. Even my mom who had very limited movements could benefit physically and mentally on some of the dance movements. Yup, we thought. This is good for just about everyone!

Early dance: Thus, our idea of our own cultural dance as an exercise to the public was born. In 1995, we started teaching both Bellydance and Bollywood as a workout in local Los Angeles dance studios. In our Bollywood class, we started out with two students in the class, and funny enough, neither of them knew what Bollywood was! Back then, we called it “filmi” dance, which is what desis or Indians would sometimes call it. Around the same time, we started our dance company, becoming the first professional Bollywood dance company in North America. And later, the dance company grew to also performing Middle Eastern dance styles, being the first of its kind worldwide (according to several sources).

Fitness video idea: During rehearsals, we would put our dancers through some rigorous movements that they admitted to being some of the best workouts they’d ever had. As the dance company grew, so did our classes to non-Indians and non-Arabs. So, we decided to create cultural dance-based workout videos for the mainstream market. Why not? Why can’t others enjoy our culture through dance and music, and get healthy at the same time? This was an alternative way for the average woman of any age and any background to exercise and stay fit and understand our culture. We had seen one video that was created by a famous Egyptian dancer, Nagwa Fouad many years ago. Two problems: one, it was for the Arabic-speaking audience. Two, the workout didn’t teach the dance. And Indians didn’t even have one. So, we set up meetings with several distributors, and presented our ideas to each of them: our dance workout – Jane Fonda style, but with our own cultural dance and music. “Filmi” (Bollywood), bhangra, and bellydance – all workout videos. Disappointed, all of the distributers turned us down. We were told our ideas were “too ethnic” and wouldn’t succeed in this country. Not discouraged, we kept searching. Then we finally got a meeting from a distribution company who was interested in the bellydance workout. Indian dance or bellydance – either was fine for us. We could introduce Indian later, we thought. Noone at the time had done that one either. But we had to prove ourselves first with bellydance.

Mainstreaming bellydance: We wanted the videos to be available in the mainstream stores, so that anyone can buy them at their local store in their home town, and not have to attend a special dance workshop to buy them. We had already been making TV appearances promoting bellydance as a workout without having videos, so we already had interest in several major retail stores. The store buyers were hesitant at first because bellydance videos have never been in their stores before. Also, VHS tapes (which is how they were available at the time), used more shelf space in the stores. And they didn’t know if customers would be interested in this new type of exercise. We also continued to promote our videos in gyms, fitness expos, and health food markets, and consequently more and more stores were interested in our videos. Many dance schools and gyms began introducing bellydance classes as a workout all over the country. Bellydance became a phenomenon that was here to stay. It was so popular, the distributors didn’t want us to promote anything else.….So, Indian came much later. The rest is history.

It seemed so ironic that we grew up in a conservative household that didn’t even allow us to dance professionally at least. And now, we make a living doing it. 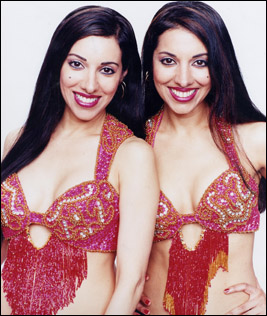 We began performing when we were just barely out of mother’s womb. Mom was always playing Indian music while cooking or cleaning. We weren’t allowed to dance professionally, but we still enjoy dancing to Bollywood and Bhangra (Indian folk dance) at home or family gatherings. Even though we weren’t formally “trained” in these dance styles, it was in our blood, and noone could tear up the dance floor like our family!

In our early teens, we discovered bellydance, and decided to take lessons with a local teacher. Every week (or whenever we could), we would sneak out of the house, catch a ride with our neighbor friend who had a car, and participate in the dance class. We would pay for the classes with our babysitting money we earned after school.

A few years later, we started taking classes and workshops outside of our local area, including classes in Egypt. We studied rigorously, but not only bellydance (or raks sharki), but other styles of North African and Middle Eastern dances as well.

Around that same time, we were also taking dance classes in classical bharatnatyam, kathak, odissi, and kuchipudi with master teachers locally and in India, and continued studied those styles for over ten years. During this time, we would make frequent trips to India to also learn folkloric styles, including banjara gypsy style (original gypsy), to familiarized ourselves with other styles of Indian dance. And if that wasn’t enough, we were taking daily classes in ballet, jazz, or hip-hop class. If there was a dance class in the style, we were probably there!

But dancing wasn’t our only passion in the arts. In our late teens, we studied classical voice, both Indian and western style, for several years, and even won vocal scholarships. Singing led us to acting – performing on many stages, films and television series, as well as teaching.

Today, mom and dad are cool with us performing, and even proud that we’ve come such along way!